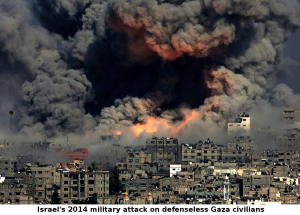 In a shameful display of state hubris, Canada is using illegal concocted provisions of its Criminal Code to prosecute a citizen for innocuous postings on a personal blog (The Radical Press). The provisions allow a maximum 2-year prison sentence, where the state prosecutor (“Crown”) does not need to prove intent to harm or any actual harm to a single person. Intent and actual harm are not even relevant legal considerations in the proceeding. Both harm and intent are presumed.

The said Criminal Code provisions are straight out of the playbook of a totalitarian state.

The show trial was separated into two parts, despite the objections of the accused. In the first part the accused was found criminally guilty, for one blogpost, while not guilty for the other blogpost of the Crown’s charge. In the second part, which is scheduled to start tomorrow Monday October 3rd, the constitutionality of the law is being challenged on limited grounds. Any sentencing will be decided after the ruling on constitutionality.

The process of thus dividing the show trial into two parts is equivalent to first determining that the witch is guilty of blasphemy or worst, followed by a hearing to determine if burning at the stake in the town square is still within the bounds of community standards, rather than evaluating the legitimacy of the law at the same time (and before the same jury) that the nature of the “offense” is evaluated.

The process of thus dividing the show trial into two parts is equivalent to first determining that the witch is guilty of blasphemy or worst, followed by a hearing to determine if burning at the stake in the town square is still within the bounds of community standards, rather than evaluating the legitimacy of the law at the same time (and before the same jury) that the nature of the “offense” is evaluated.

Meanwhile, the “defendant” was gagged from identifying the original complainants (the usual crew) but allowed to continue blogging about the process until a conviction is finally secured, and has mounted a funding campaign for the expensive constitutional challenge.

These kinds of show-trial proceedings and the associated media assaults are attempts to create a false impression of a victimized Israel, to shield the apartheid state from international condemnation for its on-going violations of the Geneva Conventions, illegal annexation, constant violations of human rights, and mass-murder “mowing of the grass” in Gaza. Israel wants a free hand to continuously expand by the same criminal methods it has used for decades. Therefore, when successful, the domestic show trials (most prominent in Canada, France, and Germany) are geopolitical in character by virtue of Israel’s leading role in US interference in the Middle East, with Canada and France as lead accompanying sycophant states.

Canada’s Ontario Civil Liberties Association (OCLA) has defended Arthur Topham against the state’s attack on freedom of thought and expression with several interventions. OCLA applies the principle that those who’s views are most at odds with orthodoxy and who are most aggressively attacked using the state apparatus are those most in need of civil defense.

The OCLA’s 2014 on-line petition to the state authority gathered over 1,400 signatures. OCLA also, in 2015, intervened by letter against other “civil liberties” associations that adopted a statement that harmed Mr. Topham’s case.

This year, OCLA intervened prior to the constitutional part of the trial by sending a letter directly to the trial judge, with all the state actors in cc. OCLA’s letter, reproduced below, spells out the illegal character of the criminal law being used in this particular show trial and witch hunt:

The Ontario Civil Liberties Association (OCLA) wishes to make this intervention, in letter form, to assist the Court in its hearing of the defendant’s constitutional challenge of s. 319(2) of the Criminal Code (“Code”), to be heard in the Supreme Court of British Columbia.
The defendant submits that s. 319(2) of the Code infringes on the s. 2(b) guarantee of freedom of expression contained in the Canadian Charter of Rights and Freedoms, and is not saved by s. 1 of the Charter.[1]
The Supreme Court of Canada has determined and reaffirmed that the Charter must provide at least as much protection for basic freedoms as is found in the international human rights documents adopted by Canada:[2]
“And this Court reaffirmed in Divito v. Canada (Public Safety and Emergency Preparedness), [2013] 3 S.C.R. 157, at para. 23, “the Charter should be presumed to provide at least as great a level of protection as is found in the international human rights documents that Canada has ratified”.”[Emphasis added.]
Canada has ratified the International Covenant on Civil and Political Rights (“Covenant”). Article 19, para. 2 of the Covenant protects freedom of expression:[3]
“2. Everyone shall have the right to freedom of expression; this right shall include freedom to seek, receive and impart information and ideas of all kinds, regardless of frontiers, either orally, in writing or in print, in the form of art, or through any other media of his choice.”
Further, the U.N. Human Rights Committee, in its General Comment dated 12 September 2011, has specified that any restrictions[4] to the protection of freedom of expression “must conform to the strict tests of necessity and proportionality”:[5]
“35. When a State party invokes a legitimate ground for restriction of freedom of expression, it must demonstrate in specific and individualized fashion the precise nature of the threat, and the necessity and proportionality of the specific action taken, in particular by establishing a direct and immediate connection between the expression and the threat.” [Emphasis added.][6]
The impugned provision in the Code does not require the Crown to prove any actual harm, and no evidence of actual harm to any individual or group was presented in the trial of R. v. Topham. There is no “direct and immediate connection” between Mr. Topham’s expression on his blog and any threat that would permit restriction of his expression.
The OCLA submits that the current jurisprudence of the Covenant, including the 2011 General Comment No. 34, represents both Canada’s obligation and the current status of reasonable limits prescribed by law as can be demonstrably justified in a free and democratic society, in relation to state-enforced limits on expression. The process and the jury-conviction to date in the instant case establish that s. 319(2) of the Code exceeds these limits, and is therefore not constitutional.
Furthermore, s. 319(2) of the Code allows a maximum punishment of “imprisonment for a term not exceeding two years”. The Code punishment of imprisonment exceeds the “strict tests of necessity and proportionality” prescribed by the Covenant.
In addition, in paragraph 47 of General Comment No. 34, it is specified that: “States parties should consider the decriminalization of defamation and, in any case, the application of the criminal law should only be countenanced in the most serious of cases and imprisonment is never an appropriate penalty.” [Emphasis added.] In the penal defamation envisaged in the Covenant, unlike in s. 319(2) in the Code, the state has an onus to prove actual harm.
And in relation to state concerns or prohibitions about so-called “Holocaust denial”, paragraph 49 of the said General Comment has:
“Laws that penalize the expression of opinions about historical facts are incompatible with the obligations that the Covenant imposes on States parties in relation to the respect for freedom of opinion and expression.”
Finally, the OCLA submits that the feature of s. 319(2) that gives the Attorney General direct say regarding proceeding to prosecution (the requirement for the Attorney General’s “consent”)[7] is unconstitutional because it is contrary to the fundamental principle of the rule of law, wherein provisions in a statute cannot be subject to arbitrary application or be politically motivated or appear as such. The fundamental principle of the rule of law underlies the constitution.[8]
For these reasons, the OCLA is of the opinion that s. 319(2) of Canada’s Criminal Code is unconstitutional and incompatible with the values of a free and democratic society.
If the Court requests it, the OCLA will be pleased to make itself available to provide any further assistance in relation to the instant submission.
Yours sincerely,