A Mockery of Justice: The Great Sedition Trial of 1944 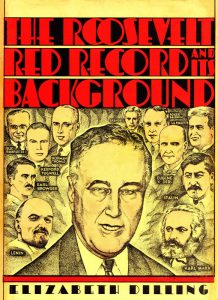 [Editor’s Note: While the focus of the article below is not primarily upon one of the greatest of American heroes in the battle for freedom of speech and the exposure of those within the US government who have turned the White House into a Zionist fortress for the exclusive execution of their one world government agenda nonetheless I would like to dedicate this article to Senator Joe McCarthy. He, of most Americans, suffered some of the worst vilification in US history at the hands of the Zionists and I would like to commemorate his courageous bravery in this small way. 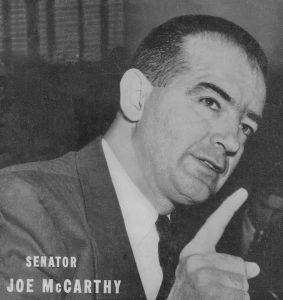 This article is one of the best examples I have yet read that brings into focus and corroborates all I have written over the past few years regarding the very secretive and, yes, seditious machinations of the organization known as B’nai Brith International; one whose Canadian counterpart, the League for Human Rights of B’nai Brith Canada, is carrying on the longstanding traditions of the Anti Defamation League in the USA in slandering, vilifying and viciously persecuting via the court system, individuals such as myself who have been striving over the years to alert the Canadian public to the nefarious actions and motives of the World Zionist Organization and its deceptive, destructive ideology known as political Zionism.
There is no fundamental difference between the work that I have been doing and that of many of the principal characters contained in this article and the parallels between the treatment of my case with that of the protagonists in this, the Great Sedition Trial of 1944, are as uncanny as they are revealing and synchronous.
The fact that one of the more famous of the group falsely accused of “sedition” in that infamous “show trial” of 1944, Mrs. Elizabeth Dilling, is now still one of the main writers who Agent Z and the League for Human Rights of B’nai Brith Canada have listed in their sec. 13(1) “hate crimes” complaint made against myself and RadicalPress.com, is a striking illustration of just how deep, pervasive and virulent are the machinations of this supposed “service organization” in whose Preamble to their founding Constitution they once declared that B’nai Brith’s mission would be to “promote [the] highest interest” of those of “Jewish faith” and “those of humanity”; of “developing and elevating the mental and moral character of the people of our faith; of inculcating the purest principles of philanthropy, honour and patriotism”; “alleviating the wants of the poor and needy”; and “providing for, protecting and assisting the aged, the widow and orphan on the broadest principles of humanity.” Just how far they’ve strayed from this laudable position taken back on the 13th of October, 1843 is clearly revealed in the article below. My deep appreciation and thanks to Daryl – Bradford Smith of for this revealing article.]

A Mockery of Justice: The Great Sedition Trial of 1944