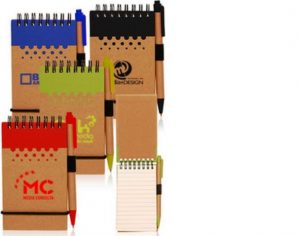 our own Canadian Human Rights Commission has egregiously violated freedom of speech without any shame. In a censorship trial in 2007, a CHRC investigator named Dean Stacey testified that, “Freedom of speech is an American concept, so I don’t give it any value.” He actually said that. The Canadian Human Rights Commission actually admits they do not give free speech any value. That is totally unacceptable.

Debates of the Senate (Hansard)

Erosion of Freedom of Speech

That he will call the attention of the Senate to the issue of the erosion of Freedom of Speech in our country.

He said: Honourable senators, I rise to call the attention of the Senate to the erosion of freedom of speech in Canada.

There can scarcely be a more important issue than this one. Freedom of speech is, and always has been, the bedrock of our Canadian democracy. The great Alan Borovoy, who was the head of the Canadian Civil Liberties Association for more than 40 years, calls freedom of speech a “strategic freedom” because it is a freedom upon which all other freedoms are built. For example, how could we exercise our democratic right to hold elections without free speech? How could we have a fair trial without free speech? What is the point of freedom of assembly if we cannot talk freely at such a public meeting?

Freedom of speech is a most important freedom. Indeed, if we had all our other rights taken away we could still win them back with freedom of speech.

Yet, only last week, a few miles from here, censorship reared its ugly head. Ann Coulter, an American political commentator, had been invited to speak at the University of Ottawa. Before she even said a word, she was served with a letter from FranÃƒÂ§ois Houle, the university’s vice-president, containing a thinly veiled threat that she could face criminal charges if she proceeded with her speech.

On the night of her speech, an unruly mob of nearly 1,000 people, some of whom had publicly mused about assaulting her, succeeded in shutting down her lecture after overwhelmed police said they could not guarantee her safety.

Honourable senators, it was the most un-Canadian display that I personally have seen in years. It was so shocking that hundreds of foreign news media covered the fiasco, from the BBC to The New York Times to CNN. It was an embarrassing moment for Canada because it besmirched our reputation as a bastion of human rights € a reputation hard won in places like Vimy Ridge, Juno Beach and Kandahar.

More important than international embarrassment is the truth those ugly news stories revealed. Too many Canadians, especially those in positions of authority, have replaced the real human right of freedom of speech with a counterfeit human right not to be offended.

An angry mob is bad enough. That may be written off as misguided youth, overcome by enthusiasm. However, such excuses are not available to a university vice-president who obviously wrote his warning letter to Ms. Coulter after careful thought.

Ann Coulter is controversial, she is not to everyone’s taste, but that is irrelevant because freedom of speech means nothing if it applies only to people with whom we agree. To quote George Orwell: “Freedom is the right to tell people what they do not want to hear.”

In a pluralistic society like Canada, we must protect our right to peacefully disagree with each other. We must allow a diversity of opinion, even if we find some opinions offensive. Unless someone counsels violence or other crimes, we must never use the law to silence them.

Freedom of speech is as Canadian as maple syrup, hockey and the northern lights. It is part of our national identity, our history and our culture. It is section 2 of our 1982 Charter of Rights and Freedoms, listed as one of our “fundamental freedoms;” and it is in the first section of Canada’s 1960 Bill of Rights.

Honourable senators, our Canadian tradition of liberty goes much further back than that. In 1835, a 30-year-old newspaper publisher in Nova Scotia was charged with seditious libel for exposing corruption amongst Halifax politicians. The judge instructed the jury to convict him. At that time, truth was not a defence. The publisher passionately called on the jury to “leave an unshackled press as a legacy to your children.” After only 10 minutes of deliberations, the jury acquitted him. That young man, of course, was Joseph Howe, who would go on to become the premier of Nova Scotia.

Our Canadian tradition of free speech is even older than that. It is part of our inheritance from Great Britain and France.

Quebecers are heir to article 11 of the Declaration of the Rights of Man and of the Citizen, 1789. This article states:

The free communication of thought and opinion is one of the most invaluable rights of the man; any citizen can thus speak, write, [and] print freely. . .

France has produced some of the most well-known defenders of free speech in the world.

FranÃƒÂ§ois-Marie Arouet, better known by his pen name, Voltaire, was a polemicist who used satire and criticism to press for political and religious reforms. He paid a personal price, facing censorship and legal threats.

Voltaire put it best when he famously wrote, “I disapprove of what you say, but I will defend to the death your right to say it.” His passionate advocacy helped shape liberty on both sides of the Atlantic.

English Canada has an impressive legacy of free speech, too. Like Voltaire, John Milton, the great poet who wrote Paradise Lost, was constantly hounded for his political views. His 1644 pamphlet on free speech, Areopagitica, perhaps the greatest defence of free speech ever written, is as relevant today as it was 350 years ago. In it, Milton wrote, “Let Truth and Falsehood grapple; who ever knew Truth put to the worst, in a free and open encounter?” and, “He who kills a man kills a reasonable creature, but he who destroys a good book kills reason itself . . .”

Yet, despite our 400-year tradition of free speech, the tyrannical instinct to censor still exists. We saw it on a university campus last week, and we see it every week in Canada’s misleadingly named human rights commissions.

This week in Vancouver, a stand up comedian named Guy Earl has been on trial before the B.C. Human Rights Tribunal for the crime of telling jokes that someone did not find funny. An audience member who heckled him is suing him for $20,000 because she found his retorts offensive. They may have been offensive, but what is more offensive is that a government agency would be the arbiter of good taste or humour. Nobel Prize winner Alexander Solzhenitsyn was sentenced to eight years of hard labour for telling a joke about Stalin’s moustache. It is a disgrace that Canada is now putting comedians on trial.

There is not a lot that the Senate can do about the B.C. Human Rights Tribunal, but our own Canadian Human Rights Commission has egregiously violated freedom of speech without any shame. In a censorship trial in 2007, a CHRC investigator named Dean Stacey testified that, “Freedom of speech is an American concept, so I don’t give it any value.” He actually said that. The Canadian Human Rights Commission actually admits they do not give free speech any value. That is totally unacceptable.

Freedom of speech is the great non-partisan principle that every Member of Parliament can agree on € that every Canadian can agree on. I will never tire of quoting the great Liberal Prime Minister Wilfred Laurier when he said that Canada is free and its freedom is its nationality. I will readily give credit to Keith Martin, the Liberal MP from British Columbia, who two years ago introduced a private member’s motion to repeal the censorship provisions of the Canadian Human Rights Act.

Honourable senators, I call for this inquiry to accomplish five things: first, to reaffirm that freedom of speech is a great Canadian principle that goes back hundreds of years; second, to put Canada’s censors on notice that their days of infringing upon our freedoms with impunity are over; third, to show moral support for those who are battling censors; fourth, to inquire into the details of what went so desperately wrong at the University of Ottawa to ensure that those awful events never happen again; and, fifth, to inspire a debate that hopefully will lead to a redefinition of section 13.1 of the [Canadian] Human Rights Act.

Honourable senators, there are times for partisan debate when parties must naturally be at odds with one another. This is not one of those times. Freedom of speech and respect for differing views is a foundational principle of our entire parliamentary system € indeed, of our entire legal system, as well.

I look forward to the constructive comments of my friends and colleagues on both sides of the aisle to build on the bipartisan history that Canadian free speech enjoys. If we can rededicate our Parliament to protecting this most important right, we will have done our country a great service, but if we fail to stop and indeed reverse this erosion of freedom, we will have failed our most basic duty, the duty to uphold our constitution and the rights in it, the rights it guarantees for all Canadians.

I know that, like so many generations of Canadians before us, we will meet the challenges of our time and live up to our responsibility to pass on to our children the same freedoms that we inherited from our parents. God keep our land glorious and free.