I’ve long supported normalization of relations between Poland and Russia. Mainly because I see Poland being set up for a replay of 1939, with similar bad consequences for it. The stationing of so-called defensive missiles in Poland being the first chapter. The death-by-plane-crash of a big chunk of Poland’s government and intelligentsia-just as they were making history by dealing with Mr. Putin and Russia-is a setback for those (like me) who’d like to see Poland survive the next world war. 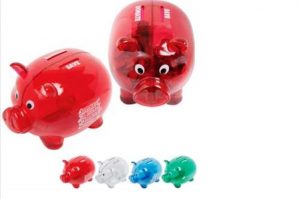 In the mid 1930s, Poland was encouraged with false and/or unfulfillable defense promises to goad Germany into starting the Second World War. Roosevelt, Churchill and Samuel Untermeyer got their war and Poland quickly got overrun and divided by Germany and the USSR. On the orders of Stalin and certain Jewish Communist officials, 20,000 Poles-the officers and nobility who were the cream of Poland’s elite-were treacherously murdered at Katyn Forest. And the crime was blamed on the Germans, when the Allies knew full well their “ally” had done it. I have no doubts the crime was approved at the highest levels in London and Washington (and New York) and this while Polish soldiers bravely gave their lives fighting for the “Allied” cause.

Actually, were it not for the bravery of some of the murdered Poles in stopping the Red Army as it attempted to sweep across Europe in the aftermath of the First World War, all of Europe would have been forcibly converted into a Judeo-Communist abbatoir.

Poland was not to be spared further treachery. After Roosevelt’s sellout at Yalta, Poland was abandoned to communism and years of killing of Polish POWs and privation and occupation by the USSR it’s “reward”.

And now this. What are we to make of it? The official story is that the plane was an old clunker, the pilot ignored four orders not to land and to divert to Belarus, the plane clipped trees in the fog, there were two explosions, and everyone on board was killed. So blown up, in fact, all of the dead fit into two Russian helicopters.

What we are not hearing in the media is that the rabbinic delegation absented itself from the plane at the last moment when it learned the flight was to take place on the Sabbath (!-see the complete story at the end of this article.)

From the latest Arutz Sheva:

“A Jewish delegation from Poland, including the American-born Chief Rabbi Michael Schudrich, was spared from certain death by refusing to violate the Sabbath to fly with President Lech Kaczynski.
The president, his wife, his military chief of staff and senior political leaders were killed on Saturday when the plane crashed en route to a Russian city.
The Jewish delegation was supposed to fly with the president, according to Warsaw Rabbi Meir Stembler. The delegation canceled its participation after it was understood that that plane was to fly on the Sabbath, he said.”

(This brings to mind the many Jews absent from the WTC towers on 9-11 because they went to hear a speech by Ariel Sharon, which was curiously canceled prior to the attacks.)

Can rabbis travel on the Sabbath to administer a blessing or say “kaddish” over the dead-which is what these non-flying rabbis were supposed to do? I’m guessing the answer is “yes”. And, as the Jewish religious press has graciously asked: Why were so many Polish officials (dangerously) together on the same plane?

Commentator James Buchanan (link to article follows) makes some observations about fortuitous plane accidents, including one that killed the Polish prime minister (in exile) after he learned the real story of Katyn in 1943. It’s not that hard to arrange a plane accident, as at least three former members of the Kennedy family-including Joe Kennedy, Jr. and John Kennedy, Jr.-could testify!

Buchanan points out that the Polish presidential plane had a complete overhaul in 2009 and the model of Tupelov that had been involved in accidents was sound and that the cited accidents took place in remote areas where maintenance was not so good Custom Promotional Products.

He also indicates that the now-deceased Polish leader had drawn flak from the Jewish press for incorporating alleged “anti-Semitic” elements in his latest coalition government.

Now we have to wait for the analysis of the black boxes and the alleged accident under Mr. Putin’s direct supervision-the Russians have also offered visas to any Polish experts who want to come and inspect the evidence. This could be the challenge of a lifetime. Any hint of murder on the part of the Russians will turn the suspicious Poles permanently against them. If the plane was brought down, it could turn out to have been done by elements of the “Russian” mafia and/or some outside country engaged in a covert war with the Russians. To my thinking, it doesn’t make sense for Putin and Medvedev to have done it as they had apparently devoted considerable effort to wooing Poland and appeared to be having some success.