Dear Radical Reader,
The speech below by Turkey’s President Recep Tayyip Erdogan stands in bold relief to that of Canada’s Prime Minister Stephen Harper as a speech emanating from the heart and filled with courage and conviction. Rather than prostrating himself before Zion like Canada’s groveling, pathetic, shabez goi Harper the Turkish leader has cut to the chase and pointed a fierce finger of rightful condemnation directly at the miscreant responsible for this latest international crime against humanity. Here is a world leader worth his salt.
In these days of waning political integrity it’s heartening to see at least one person in such a position lash out at this viperous state and demand that it suffer the consequences of its pathological behaviour. Were it not for the fact that the Jew Media shields the West from reading such speeches I’m certain the outcry here in Canada and the USA and elsewhere would be much more vocal than it already is.
Do pass this along to your friends and associates. The truth is finally growing legs and wings and soon it will rise above the diabolical deeds of pseudo-nations such as Israel and bring that much-awaited dream to humanity – peace. You can be a part of it by spreading the word.
Shine your Light for Love, Peace & Justice for All,
Arthur Topham
Publisher/Editor
The Radical Press
Canada’s Radical News Network
“Digging to the root of the issues since 1998”
http://www.radicalpress.com
[email protected] 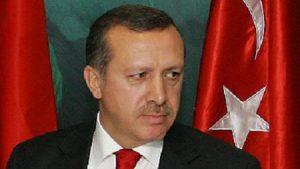