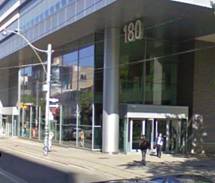 Internet Censorship case finally gets Court Date
Lemire case to be heard December 2011
http://www.freedomsite.org/legal/may2011_FC-sets-date-for-hearing.html
Hearingplace
December 13 and 14, 2011
Federal Court of Canada
180 Queen Street West
Toronto, Ontario
After a year and a half, the Federal Court of Canada has finally set a date to hear the Canadian Human Rights Commission’s frantic appeal to save their censorship enforcer status via Section 13 of the Canadian Human Rights Act.Ã‚Â Ã‚Â Section 13 is the notorious internet censorship provision, which allowed the state to issue a lifetime speech ban and heavy fines against writers, bloggers and commentators on the internet who express opinions which fanatics define as Ã¢â‚¬Å‘hatred and/or contemptÃ¢â‚¬Â.
HRC
Back in September 2009, the Canadian Human Rights Tribunal (CHRT) issued a landmark decision in the Lemire case that Section 13 censorship is an affront to the Canadian Charter of Rights and Freedoms.Ã‚Â The CHRT found that Section 13 was unconstitutional and refused to apply the provisions against freedom activist Marc Lemire.
This sent the censors into frantic damage control mode.Ã‚Â Because of all the negative publicity the CHRC was receiving, the CHRC hired spin doctor firm Hill and Knowlton to advise them [See Hill and Knowlton CHRC Docs].Ã‚Â The response was two fold, firstly the CHRC hired a hand-picked expert to look at Section 13 and draft a report.Ã‚Â That was Dr. Richard Moon, who issued his report in Nov. 2008 and called for the repeal of Section 13.Ã‚Â That was totally unacceptable to the censorship enforcers, who promptly tossed his report out and proceeded to write their own.Ã‚Â While that was going on, the Human Rights Tribunal also threw out Section 13 in the Lemire case. To save face and their censorship empire, the CHRC frantically appealed for judicial review in the Federal Court on the last possible day. [See CHRC appeal documents]
Once the Lemire case reached the Federal Court of Canada, a series of parties intervened on both sides of the issue.Ã‚Â To support Section 13 and its censorship powers were three self-appointed Jewish groups, including the Canadian Jewish Congress, the BÃ¢â‚¬â„¢nai Brith, Simon Wiesenthal Centre and the Ã¢â‚¬Å‘African-Canadian Legal ClinicÃ¢â‚¬Â represented by the former head of the CJC. Supporting freedom of speech, four organizations were granted intervener status, including the BC Civil Liberties Association, the Canadian Civil Liberties Association, the Canadian Free Speech League and the Canadian Association of Free Expression.
The Lemire case is the definitive challenge to Section 13.Ã‚Â Literally all other Section 13 cases in Canada have been stopped pending a final decision, this includes all current cases before the Canadian Human Rights Tribunal, cases recently decided by the Tribunal (orders deferred until Lemire decision) and other cases at the Federal Court of Canada. [Kulbashian v CHRC/AG – 2007 FC 354]
WikiLeaks releases Diplomatic Cables on Section 13 !
wikileaks13
This challenge of Internet censorship is making world-wide news.Ã‚Â Ã‚Â The website WikiLeaks recently released secret diplomatic cables sent from the Canadian Embassy in Ottawa to all Canadian Embassies and to the American Secretary of State.Ã‚Â The cable was sent on October 13, 2009 and is entitled Ã¢â‚¬Å‘CANADA: FREE SPEECH V. HATE SPEECH HEADED TO FEDERAL COURTSÃ¢â‚¬Â and is shocking at how biased and bad the research is.Ã‚Â A majority of the information in the diplomatic cable is incorrect, misleading or outright false.Ã‚Â A copy of the Wikileaks diplomatic cable can be seen at: http://www.wikileaks.fi/cable/2009/10/09OTTAWA789.html
It is really shocking to see how bad the research in this diplomatic cable was.Ã‚Â For instance in the first paragraph, the cable claims that Ã¢â‚¬Å‘In 2003, Ontario attorney Richard Warman had filed separate human rights complaints against white supremacist Marc Lemire, journalist Mark Steyn, and Maclean’s magazine with CHRCÃ¢â‚¬Â¦Ã¢â‚¬Â.Ã‚Â Of course the smear of Ã¢â‚¬Å‘white supremacistÃ¢â‚¬Â against Lemire is crazy, but the claim that Richard Warman filed a complaint against Mark Steyn and MacleanÃ¢â‚¬â„¢s magazine is totally wrong.Ã‚Â What idiots are doing research over at the Canadian Embassy?
The diplomatic cable later claims that Ã¢â‚¬Å‘There is little public debate over or political interest now in overhauling Canada’s federal and provincial human rights legislation — including Parliamentary abrogation of Section 13 language on penalties — despite the earlier spike of interest in the Maclean’s case.Ã¢â‚¬ÂÃ‚Â Contrary to the absurd claims in the diplomatic cable, there is a TON of public debate and interest to overhaul CanadaÃ¢â‚¬â„¢s Kangaroo courts.Ã‚Â Ã‚Â Just a few days after this cable was sent, Parliaments Standing Committee on Justice and Human Rights called a major review of Section 13, and hauled the CHRCÃ¢â‚¬â„¢s Chief Commissioner in to testify. 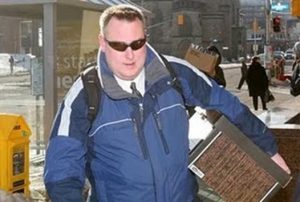 Since this diplomatic cable was sent out Ã¢â‚¬Â¦ hundreds of articles have appeared in the mainstream media and blogs, denouncing the Canadian Ã¢â‚¬Å‘human rightsÃ¢â‚¬Â commission and their censorship regime.
Here are just a few articles:
LYNCH MOB: If only the rest in the Liberal Party were so articulate
The death of free expression Human rights commissions deter ordinary Canadians from expressing unpopular opinions
New Campaign Challenges the Assault on Freedom by Canada’s Human Rights Commissions and Tribunals
SECTION 13 SERIES: The Process is the Punishment
ROY GREEN: Freedom of Expression? Certainly! Unless…… [The CHRC has their way]
Conservative MP Rick Dykstra Calls Canadians to Action against the CHRC
Liberty strengthened in Canada as CHRC grinds to a halt
Section 13 a ‘vague prohibition is all the more chilling as it is enforced by professional human rights experts’
LEVANT: Canada’s kangaroo courts strike a rocky mountain low
‘Human Rights’ Commissions slammed on CTVs Powerplay by Joseph Ben-Ami and David Krayden
Get rid of destructive human rights commissions
[Media articles on getting rid of Section 13]
———————————————————
stopsec13
Further reading on Section 13:
Ã¢â‚¬Â¢ Introduction: History of Section 13 Genesis of Section 13: From Taylor to Ã¢â‚¬Å‘TerrorismÃ¢â‚¬Â
Ã¢â‚¬Â¢ Part #1:Ã‚Â SECTION 13:Ã‚Â A Sword not a Shield! The Aggressive Nature of Internet Censorship
Ã¢â‚¬Â¢ Part #2: Discrimination in the name of ‘Human Rights’ Section 13 targets one race exclusively
Ã¢â‚¬Â¢ Part #3: Intimidation and Chilling Effects The attacks on writers like Mark Steyn and rigged CHRC decisions
slippery slope
Ã¢â‚¬Â¢ Marc LemireÃ¢â‚¬â„¢s constitutional challenge of Section 13
Ã¢â‚¬Â¢ The Marc Lemire case:Ã‚Â A battle for freedom of speech
Ã¢â‚¬Â¢ Political Strategy to Repeal Section 13: Spearheaded by Liberal MP Dr. Keith Martin with Bill M-446 (An act to repeal Section 13) Support has been overwhelming from the media, opinion journalists and Canadians.Ã‚Â At present, two separate House of Commons Sub-Committee’s are currently investigating the out-of-control ‘Human Rights’ Commissions.
Ã¢â‚¬Â¢ Victims of Section 13: Writers, webmasters, magazines, Christians, the entire list of victims. From the very first John Ross Taylor, to the latest victims including Maclean’s Magazine, Catholic Insight Magazine, FreeDominion, Marc Lemire, Melissa Guille, RadicalPress.com and many others.
Ã¢â‚¬Â¢ Books and Videos on Section 13:Ã‚Â Booklets on CHRC censorship, the constitutional challenge, Debunking Hate Laws, internet censorship and much much more.
Ã¢â‚¬Â¢ Support the legal challenge of Section 13: The hardest fight is the legal one.Ã‚Â The legal team challenging Section 13 needs your help to continue.Ã‚Â Please click on this link and donate.Ã‚Â Your Donations = OUR Survival!
Ã¢â‚¬Â¢ The FreedomSite Blog: Documenting the chilling effects of Censorship and repression of the Canadian Human Rights Commission. The blog is run by Marc Lemire, webmaster of the Freedomsite.
Ã¢â‚¬Â¢ Canadian Human Rights Commission EXPOSED! Exposing the Misnamed Ã¢â‚¬Å‘Human RightsÃ¢â‚¬Â Commissions in Canada. They are the single largest threat to freedom of speech in Canada. The Ottawa Citizen has called them a Ã¢â‚¬Å‘Kangaroo CourtÃ¢â‚¬Â and Ã¢â‚¬Å‘Star ChamberÃ¢â‚¬Â. ItÃ¢â‚¬â„¢s time to abolish both the Canadian Ã¢â‚¬Å‘Human RightsÃ¢â‚¬Â Commission and the Canadian Ã¢â‚¬Å‘Human RightsÃ¢â‚¬Â Tribunal.
—————————————
I need your help at the Federal Court
marc lemire
Fighting the fanatics at the Canadian ‘Human Rights’ Commission and defending freedom of speech for ALL Canadians is not an easy task. In particular, the Federal Court of Canada challenge to defeat CanadaÃ¢â‚¬â„¢s internet censorship legislation, has consumed an immense amount of time and resources. This has meant sacrificing a lot of cherished things in my life that I used to take for granted such as spending precious time with my wonderful children. It’s also very costly and has incurred heavy debts given that I’m facing a ‘Human Rights’ juggernaut that has a limitless budget. It has already spent millions and is prepared to spend a lot more of your tax dollars to keep their thought control machine running.
My courageous lawyer Barbara Kulaszka and myself have demonstrated what two dedicated researchers can accomplish against overwhelming odds. We have single-handedly and doggedly fought the system and exposed the corrupt underbelly of the ‘Human Rights’ Commission’s fanatics. Nothing ever comes easy when you are fighting such a racket. This case is a seminal one, where the outcome will have serious implications on our right to think and speak freely in this country for generations to come. All Canadians will benefit if we manage to get this shameful law expunged from our legal books.
Every victory we’ve attained against the ‘Human Rights’ juggernaut has come at great expense. Nothing has come easy.Ã‚Â In fact, the Ã¢â‚¬Å‘Human RightsÃ¢â‚¬Â Commission has done everything in their power to stop exposure of their twisted censorship agenda.
I cannot carry on this important fight alone. Your donations literally equal the survival of this case. I wish to thank all those that have donated to this worthy cause. Please donate directly to us so that I can send out a personal thank you. If you have donated to another organization or individual please contact me so I can thank you directly and send you a copy of our special booklet that is for our supporters only.
marc,barbara,bernard,&
How you can help:
DONATE NOW to Marc LemireÃ¢â‚¬â„¢s Challenge:Ã‚Â Via PayPal
Support Marc Lemire’s Constitutional Challenge
Be part of the Freedom team and contribute what you can to defeat this horrible law and protect Freedom of Speech in Canada !
Via Mail: Send Cheque or Money Order to:
Marc Lemire
152 Carlton Street
PO Box 92545
Toronto, Ontario
M5A 2K1
Canada