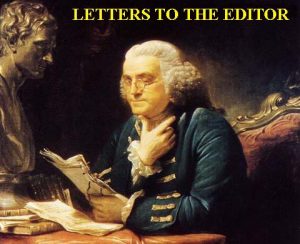 Writer’s prefatorial comments: The erasure of Israel is the obvious prerequisite for restoration of a stable world peace but for some reason politicians and journalists stay away from the subject, or at least are never quoted. Perhaps because they know they would face permanent unemployment, or worse, should they attempt even mention of the idea, let alone support it. Publication of this letter might stiffen a few journalistic backbones in cases where the individuals choose early retirement from the profession, but unfortunately it will not be published. I.V.
**************************************
May 31, 2011
Editor
GUARDIAN WEEKLY
London
Dear Sir,
Final Solution for World Peace
Even the very thought has been long taboo among Western politicians and editors, but with the growing determination of Israel to expand its sphere of influence in the Middle East and North Africa and her ability to coerce the United States and even peace-keeping Canada into serving her sinister military and political goals, it is not too soon to recognize that the establishment of a sovereign Jewish state was a miscalculation with potentially-apocalyptic consequences that must be corrected, with the use of force, if necessary..
The Israeli Prime Minister has made it clear that ‘negotiations’ for an equitable division of Palestine will never succeed. Perhaps an illusory modus vivendi will be achieved but the problem of an neurotic, nuclear power surrounded by perceived enemies nevertheless would persist and intensify with further Zionist provocations.
The crux of the problem, however, is neither borders nor militant Zionism as such, but rather the toxic subversion that a sovereign Jewish state has been able to achieve of the leadership of the Western democracies which in several nations has reached the point of a veritable coup d’etat . The American President and Congress openly express their unswerving allegiance and subservience to the State of Israel, as does the Canadian Prime Minister, although virtually all their respective patriotic constituents, in tune with the rest of humanity, look upon the criminal apartheid nation with abhorrence, at best.
This stealthy conquest-from-within of America has enabled the Zionists to dictate U.S. foreign, military, financial and immigration policy and thus denationalize and destabilize the country, furthering their goal of a World Government under their control. The takeover has been financed partly by earnings from international banking and other forms of organized crime made possible by the existence of a safe-haven where both the criminals and their spoils can be protected from retribution and retrieval. No other criminal community in the world has this advantage. It is invaluable in laundering the immense profits from international drug dealing, arms sales, major fraud, prostitution, embezzlement, theft, smuggling and other wrongdoing, all on a grand scale. Ironically, much of the laundered money is returned to its country of origin, further corrupting the political process and dispossessing the original victims (recently, $4 billion was invested by Israelis in one year in Montreal real estate alone, a tiny fraction of the total).
Israel is a powerful state. It was built on deceit, bribery, terror and the venality and treachery of British and American politicians, then nurtured on the no less problematical Legend of the Six Million, a gargantuan public relations project contrived to sway the sympathy of the masses. In recent years Israel’s plummeting popularity gained a boost from the heavily-promoted spectre of ‘terrorism’. This support is now evaporating with the growing, well-founded, suspicion that the demolition of the WTC was a Mossad false flag operation to justify the invasions of Iraq and Afghanistan, among other sordid ventures. If Israel should perish tomorrow, there would be few tears, even among Diaspora Jews, many of whom must view each new Zionist atrocity and exposed subterfuge as a threat to their privileged existence in host countries.
The dismantling of Israel may seem a daunting challenge on its face but deepening worldwide disapprobation and fear of the prospect of waging another World War on Zion’s behalf could easily foster the birth of a massive grass-roots movement that no nominally-democratic government could withstand, no matter how desperate the efforts of the Zionist media and Jewish lobbyists. To ensure Israeli compliance, Iraq-style total sanctions could be deployed, rendering the vulnerable rogue-state quickly dysfunctional. Civil disturbances would arise, justifying UN -style intervention to neutralize the country’s military establishment and nuclear capabilities. Armed resistance would not be an option.
In the aftermath, long-overdue War Crimes trials could be held, political prisoners freed, generous compensation dispensed to victims from Israel’s bursting coffers, and a new regime installed pending free elections in a Jewish-Palestinian federation with Jerusalem declared an International Holy City, as originally planned. With Israel gone, the world, purged of its most diabolically-avaricious, paranoid, duplicitous, corrupting, war-mongering, racist enemy, could rest happily in peace and security with the prospect of representative government, freed from the grip of a foreign lobby. There would be time then to devise an appropriate fate for the domestic politicians and their Zionist paymasters, without whose contemptible treason Israel never would have been born..
Yours faithfully,
Ian V. Macdonald
455 Wilbrod Street
Ottawa ON Canada K1N 6M7
613 241 5389
(former RCAF, RNFAA, Canadian Foreign Service ret.)
Email: [email protected]