Canada clamps down on Israel criticism 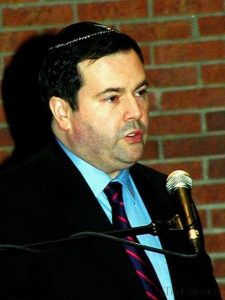 Ã¢â‚¬Å‘CJPME believes that conclusions and recommendations generated by a process in which the same body Ã¢â‚¬â€œ the CPCCA is prosecutor, jury, and judge, are not credible. Although a few of the witnesses recounted incidents that were indeed indicative of genuine anti-Semitism, many were complaining about merely being exposed to criticism of the IsraelÃ¢â‚¬â„¢s conduct,Ã¢â‚¬Â the CJPME press release stated.
Independent Jewish Voices (IJV) Canada also criticized the committee, stating that Ã¢â‚¬Å‘the CPCCAÃ¢â‚¬â„¢s goal is to criminalize criticism of Israel and Zionism, not to hold impartial hearings. Therefore, we oppose the CPCCA as an ideologically biased organization with an agenda that will harm free speech and human rights activity in Canada. We oppose the CPCCAÃ¢â‚¬â„¢s Orwellian distortion of anti-Semitism. It is a danger to both Canadian liberties and to the genuine and necessary fight against anti-Semitism.Ã¢â‚¬Â
Reflection of official Canadian policy
While labeling critics of Israeli policy as anti-Semitic is nothing new, the level at which this accusation is now being used in Canadian discourse must be seen as a reflection of the Canadian governmentÃ¢â‚¬â„¢s official and current policy on the Middle East.
Ã¢â‚¬Å‘When Israel, the only country in the world whose very existence is under attack, is consistently and conspicuously singled out for condemnation, I believe we are morally obligated to take a stand.Ã‚Â Demonization, double standards, de-legitimization, the three DÃ¢â‚¬â„¢s, it is the responsibility of us all to stand up to them,Ã¢â‚¬Â Canadian Prime Minister Stephen Harper said in 2010 at the Ottawa Conference on Combating Anti-Semitism, which was supported by the CPCCA.Ã‚Â Harper added:
Ã¢â‚¬Å‘Harnessing disparate anti-American, anti-Semitic and anti-Western ideologies, it targets the Jewish people by targeting the Jewish homeland, Israel, as the source of injustice and conflict in the world and uses, perversely, the language of human rights to do so. We must be relentless in exposing this new anti-Semitism for what it is.Ã¢â‚¬Â
Under Harper, Canada has routinely defended Israeli intransigence and disregard for international law and the human rights of the Palestinian people under its control. In return, trade cooperation and military and security technologies ties have been strengthened between the two states.
In May of this year, it was reported that Harper was adamantly opposed to making any reference to the 1967 borders in a G8 summit statement calling for renewed Israeli-Palestinian negotiations. Far-right Israeli Foreign Minister Avigdor Lieberman thanked Harper for his position, and stated, Ã¢â‚¬Å‘Canada is a true friend of IsraelÃ¢â‚¬Â.
In 2010, Canada announced it would discontinue its financial contributions to the United Nations Relief and Works Agency (UNRWA), the organization that provides support and resources to approximately 4.7m registered Palestinian refugees in Jordan, Lebanon, Syria and the occupied Palestinian territories, and funnel the money into greater policing and security institutions run by the un-elected and corrupt Palestinian Authority leadership instead.
In January 2009, as the Israeli army continued its disproportionate attack on the besieged civilian population in Gaza that left 1,400 Palestinians dead in the span of three weeks, Canada was the only country out of 47 that voted against a motion at the United Nations Human Rights Council condemning the Israeli violence.
In addition to providing diplomatic cover for Israel, the Canadian government has attacked and cut funding to various non-governmental organizations working on issues related to Israel/Palestine, including Kairos Churches and Alternatives International.
Canadian Minister of Citizenship, Immigration and Multiculturalism Jason Kenney, who led the formation of the Canadian Parliamentary Committee to Combat Anti-Semitism (CPCCA) and is an ex-officio member, has also repeatedly alleged that the Canadian Arab Federation promotes anti-Semitism and hatred. While Kenney never backed up these claims, the Canadian Arab FederationÃ¢â‚¬â„¢s contracts with the government which helped finance language programs for Toronto-area immigrants (the majority of whom are of Chinese origin) were not renewed in 2009.
Undermining the fight against real anti-Semitism
Anti-Semitism, like all other forms of racism, is appalling and must be strongly and unequivocally condemned.
But by defining legitimate criticism of Israeli policy and pro-Palestinian activism in Canada as anti-Semitic, the CPCCA is not only threatening free speech and freedom of protest, but it is undermining the fight against real cases of anti-Semitism and weakening the seriousness with which such cases should be dealt.
This is something that Canadians, and people everywhere, should be adamantly against.
___________________
Jillian Kestler-DÃ¢â‚¬â„¢Amours is a Canadian freelance journalist based in Jerusalem. She regularly contributes to The Electronic Intifada, Inter-Press Service and Free Speech Radio News. More of her work can be found at http://jkdamours.com/
The views expressed in this article are the authorÃ¢â‚¬â„¢s own and do not necessarily represent Al JazeeraÃ¢â‚¬â„¢s editorial policy.
Source:
Al Jazeera