The Rule of Law in Canada: Another Stephen Harper Wreck by Robin Mathews 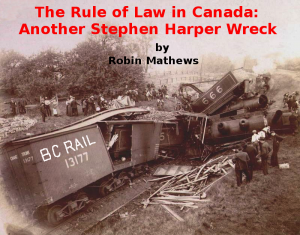