‘This dynamic volume [Germany Must Perish!] outlines a comprehensive plan for the extinction of the German nation and the total eradication from the earth, of all her people.’
‘It is a definite obligation which the world owes to those who struggled and died against the German yesterday, and to those who are fighting him again today, as it is the bounden duty of the present generation to those yet unborn, to make certain that the vicious fangs of the German serpent shall never strike again. And since the venom of those fangs derives its fatal poison not from within the body, but from the war-soul of the German, nothing else would assure humanity safety and security but that that war-soul be forever expunged, and the diseased carcass which harbors it forever removed from this world. There is no longer any alternative: Germany Must Perish!’
~ Theodore N. Kaufman, Germany Must Perish!, Argyle Press, Newark, New Jersey, 1941
On Thursday, March 23rd, 1933 the newly democratically elected Chancellor of Germany Adolf Hitler and his cabinet, in a vote taken in the Kroll Opera House in Berlin by the Reichstag on proposed legislation known as the Enabling Act the ‘Law for Removing the Distress of People and Reich,’ were given a four year mandate to rule Germany, unrestrained by Parliament. The vote, when taken, was: 441 for and 84 against.
On Friday, March 24th, 1933 one day after this historic event, world Jewry openly declared war on Germany.
JudeaDeclaresWarGermany 700 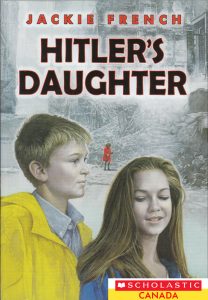