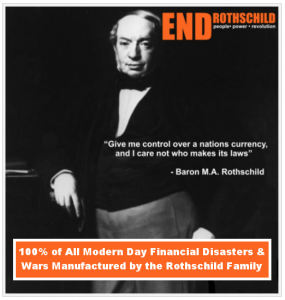 Hungary is making history of the first order along with Iceland & Russia.
Not since the 1930s in Germany has a major European country dared to escape from the clutches of the Rothschild-controlled international banking cartels. This is stupendous news that should encourage nationalist patriots worldwide to increase the fight for freedom from financial tyranny.
• Last Lap Dance For Rothschild: Iceland’s Viking Victory Over The Matrix Banksters!
• President Putin Stamping Out The Rothschild Rockefeller Syndicate Maggots From Russia!
A man holds up a sign during a protest in central Budapest
A man holds up a sign during a protest in central Budapest.
• Coming Home!
• Keep A Jaundice Eye On Silver Price Especially Thru September 2013: Massive Banking Manipulation ~ We Are At The CUSP!
Already in 2011, Hungarian Prime Minister Viktor Orbán promised to serve justice on his socialist predecessors, who sold the nation’s people into unending debt slavery under the lash of the International Monetary Fund (IMF) and the terrorist state of Israel. Those earlier administrations were riddled with Israelis in high places, to the fury of the masses, who finally elected Orbán’s Fidesz party in response.
According to a report on the German-language website ‘National Journal,’ Orbán has now moved to unseat the usurers from their throne. The popular, nationalistic prime minister told the IMF that Hungary neither wants nor needs further ‘assistance’ from that proxy of the Rothschild-owned Federal Reserve Bank. No longer will Hungarians be forced to pay usurious interest to private, unaccountable central bankers.
Instead, the Hungarian government has assumed sovereignty over its own currency and now issues money debt free, as it is needed. The results have been nothing short of remarkable. The nation’s economy, formerly staggering under deep indebtedness, has recovered rapidly and by means not seen since National Socialist Germany.
mussolini-m_1585240f
• Centralizing America Thru Corporate Banking Power: Remembering Benito Mussolini & Adolph Hitler
The Hungarian Economic Ministry announced that it has, thanks to a ‘disciplined budget policy,’ repaid on August 12, 2013, the remaining €2.2B owed to the IMF—well before the March 2014 due date. Orbán declared: ‘Hungary enjoys the trust of investors,’ by which is not meant the IMF, the Fed or any other tentacle of the Rothschild financial empire. Rather, he was referring to investors who produce something in Hungary for Hungarians and cause true economic growth. This is not the ‘paper prosperity’ of plutocratic pirates, but the sort of production that actually employs people and improves their lives.
obama-communism 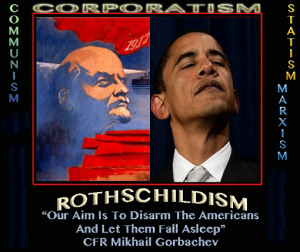 • The New World Order is ‘Communism’: Also Known As Rothschildism Or More Bluntly Robbery!
With Hungary now free from the shackles of servitude to debt slavers, it is no wonder that the president of the Hungarian central bank, operated by the government for the public welfare and not private enrichment, has demanded that the IMF close its offices in that ancient European land. In addition, the state attorney general, echoing Iceland’s efforts, has brought charges against the last three previous prime ministers because of the criminal amount of debt into which they plunged the nation.
The only step remaining, which would completely destroy the power of the banksters in Hungary, is for that country to implement a barter system for foreign exchange, as existed in Germany under the National Socialists and exists today in the Brazil, Russia, India, China and South Africa, or BRICS, international economic coalition. And if the United States would follow the lead of Hungary, Americans could be freed from the usurers’ tyranny and likewise hope for a return to peaceful prosperity.
American Free Press
582254_556211774418740_1561779918_n
Vatican vs Illuminati
Related articles
• Hungary Makes History: Sheds Banksters’ Shackles and Kicks Out the IMF (2012thebigpicture.wordpress.com)
• Hungary Breaks the Banksters Shackles (sgtreport.com)
• Hungary issues debt free money (the-tap.blogspot.com)
• Hungary Sheds Bankers’ Shackles (nalonmit.wordpress.com)
rothschild-thats-all-folks
JACOB ROTHSCHILD
• UFAA: United Front Against ‘Austerity’ aka; ‘Rothschildism’.
• BREAKING => CNN Goldman Sachs & The Rothschild Zionist Matrix: Landmark Case ~ Rothschildism Delineated From Abrahamic Judaism!!
• Obama Putting Tens Of Thousand Muslims To Work In Middle East: Kerry Clears The way For Iraq & Jordan To Sign $18 Billion 1,056 Mile Dual Oil Pipeline Deal To Jordan.
• Most Corrupt Bank In The World ~ Basel III’s HSBC: Engaging In Blackmail Now ~ HSBC Shuts Down Banking Accounts On 40 Sovereign Nation State Embassies! NWO’s Desperate Move In An Attempt To Leverage Nations Into Subservience!
• Dodd Frank & Basel III Enacted Treason Against The United States: Wealth Funneled Into Rothschild’s [BOE] Bank Of England.
• Exposed -> Obama’s Brother Malik Obama: Investor For Muslim Brotherhood’s Money!
• FEMA => Re-Education Camps For Corrupt Politicians: Mitigating The Buffoonery Of The World Gang Association’s Propaganda!
• Russia Tells United States Citizens Not To Give Up Your Guns: We Learned From Experience Fighting Rothschild’s Banking Schemes!
• In The Year 2000 There Were 7 Countries Without A Rothschild-Owned Central Bank: They were Afghanistan, Iraq, Sudan, Libya, Cuba, North Korea and Iran.