WAKE UP CANADA! By Arthur Topham 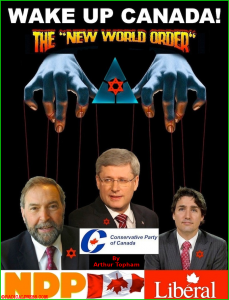 The current global crisis in Gaza, Palestine, where the Israeli military is once again slaughtering the entrapped Palestinian people with willful intent and destroying the region’s infrastructure, has forced Canada’s major political parties the Conservative Party of Canada, the Liberal Party of Canada and the New Democratic Party of Canada to reveal their hand in terms of where they stand with respect to the carnage being perpetrated against the Palestinian people.
Not surprisingly, for those who have been observing the persistent, aggressive, war (otherwise known as ‘ethnic cleansing’) against Palestine over the past sixty-six years, all three parties have opted to ‘STAND WITH ISRAEL’. This revelation has astounded and angered many decent Canadians who still clung to the old belief that Canada ought to remain either in a neutral position or take a more pro-active stance and speak out against the illegal and immoral actions of the state of Israel.
What the latest round of unwarranted attacks upon Gaza has resulted in for Canada as a nation is the irrefutable and unequivocal realization that all of our major political parties and their leaders are firmly in the grasp of the Zionist-Jew controlled forces working through what is euphemistically referred to as the ‘New World Order’ (aka NWO) and their words and deeds are but the reflective mouthings of three Zionist-controlled Puppets suspended in conscience and dangling haplessly from the covert, occult hidden hand of a tyrannical and blood-thirsty power structure that is driving the world into a state of madness, confusion and soon-to-be, endless chaos and civil strife.
We Canadians have always been told that as a nation we tend to lag about a decade behind the USA in terms of our political policies and the present example of these three zio-stooges basically confirms this assertion.
In the October, 2001 edition of my former monthly tabloid The Radical (shown in the image below) I used the same bold header as I’ve done for the present article. Only the names have been changed. That edition (13 years past) was the first reaction to the events of September 11, 2001 when this same criminal NWO cartel pulled off what was, without a doubt, the greatest false flag operation since their 1917 coup in the former Republic of Russia when the Zionist/Communist/Marxist forces were able to mastermind the absolute take-over of one of the world’s largest and diverse nations. The world we’re now living in is but an extension and magnification on a global scale of what transpired 97 years ago.
WakeUpAmEdFulPgLrg copy 3
If Canadians had any illusions as to their sovereignty as an independent nation those cherished dreams have now been shattered forever. All that’s left for Canadians who still desire peace and respect for the democratic principles that have fostered our growth and freedom as an independent nations up to the present is to accept the fact that we are no longer in control of our individual and national destinies and begin to take steps in the direction of redressing what’s happened to us a country since 911 and the advent of present global tyrannical situation that’s affecting the people and the planet as a whole.
The dilemma, for us as a nation, is having to accept the obvious fact that all of our major political parties are now controlled by the Zionist NWO. With a federal election coming up in 2015 this presents voters with a major conundrum in terms of who to vote for. Not voting is not an option but there’s still time for people to redefine their prerogatives and choose to support a party that WILL STAND FOR CANADA! It might be the Canadian Action Party or some newly formed party. The chances of the Green Party of Canada opting for pro-Palestinian, anti-Zionist policies that directly conflict with those of Israel are next to impossible yet, even there, miracles do happen. 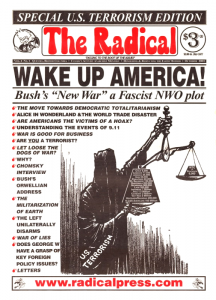 So the final questions must be: Are we going to allow the overly preponderant power of the Jewish lobbyists here in Canada to dictate our domestic and foreign policy? Are we going to stand by submissively and submit to decisions emanating forth from Ottawa that conform, not to the wishes of the majority of Canadians, but to the Zionist-Jewish power elite that run our banking institutions, our economy, our media and our academic infrastructure? Are we expected just to give up hope that Canada will ever regain its former status as a respected member of the world community merely because of the subterfuge and deception that has allowed for the electorate to be bamboozled by the Zionist media into believing that the Conservative Party of Canada and its leader Stephen Harper would somehow STAND FOR CANADA instead of a foreign, apartheid country that treats its arab population as second-class citizens and is, in itself, the only racist, Jews-only nation on the face of the planet? Are we, in other words, willing to give up our collective rights and freedoms and bow down slavishly to the dictates of this dark and sinister New World Order or are we going to regroup, rise up and resist?
The choice for Canada is there still. If we don’t act soon though it may be too late.
God bless Canada. God bless Palestine. And God bless all who strive for freedom, love, peace and dignity.